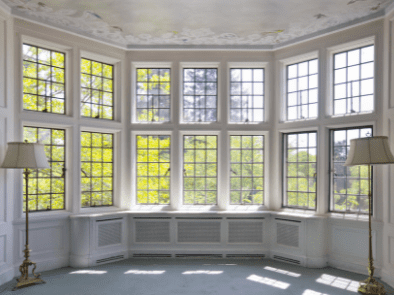 When it comes to the types of windows you will find in Maryland, you will see that there are many types. Each designed to reflect the personality of the homeowner. A lot of it is because Marylanders like to make a statement about their homes.

Two of the most common types of windows that people choose between is the bay or bow windows; either of them is perfect for a great home. In this article we try to explain the differences and similarities between the two.

Common reasons for a new window:

Some homeowners decide to get new windows because it improves the energy efficiency of their home. Another reason could be that the windows are old, and the warranty is about to expire. Whatever the reason for getting new windows, there is a bonus of improving the style of your home without having to change too much.

Outline of the bay and bow windows:

A bay window is where the construction protrudes past the main walls of the building. A bow window on the other hand is a less angular type of window consisting of four to six windows in a gentle arc installation. 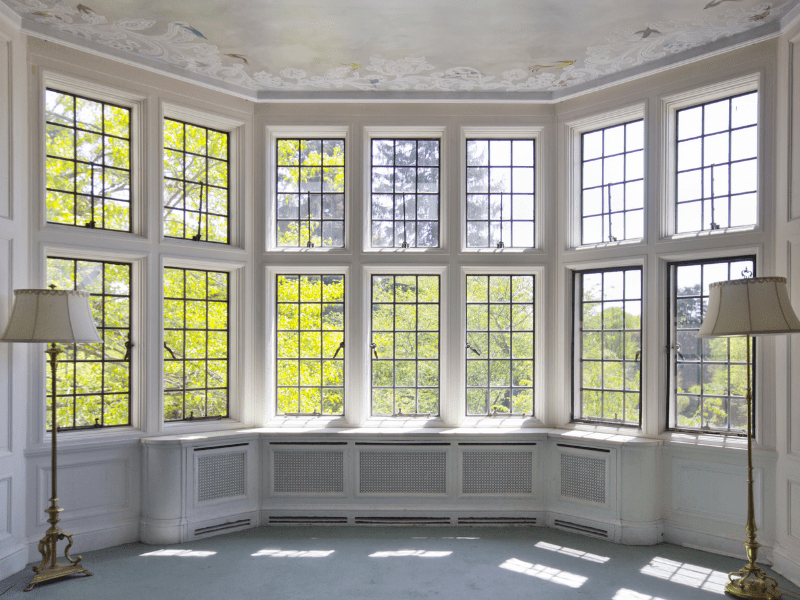 Bay and Bow windows both protrude from the outside wall of the home with a corresponding alcove or ledge on the inside.

Both have sections which are fitted together as one unit.

A bow window is wider than the bay window.

A bay window comprises of three windows. They are set at angles with the center window wider than the other two sideways. On the other hand, a bow window consists of four to six windows which are set side by side which forms a curved structure.

The two types of windows let in a great amount of natural light. A bow window allows more light compared to the bay window which is slightly smaller. This is because of its greater width, curvy shape and additional glass.

This feature makes these two types of windows the ideal choices for kitchens, dining rooms or sitting room. Generally, rooms where more light is required versus a bedroom where less light is required.

Both windows can let in a good amount of fresh air during the sultry Maryland summers. Between the two, bow windows are a little harder to open because they are set so close together. However, if the opening mechanism is carefully placed to not interfere with the curvy look, it can reduce this problem.

Installing either one of these two windows is a bigger job when compared to installing a flat window.

Due to its large size and heaviness, the bow window requires more work for installation compared with the bay window which is smaller and lighter. 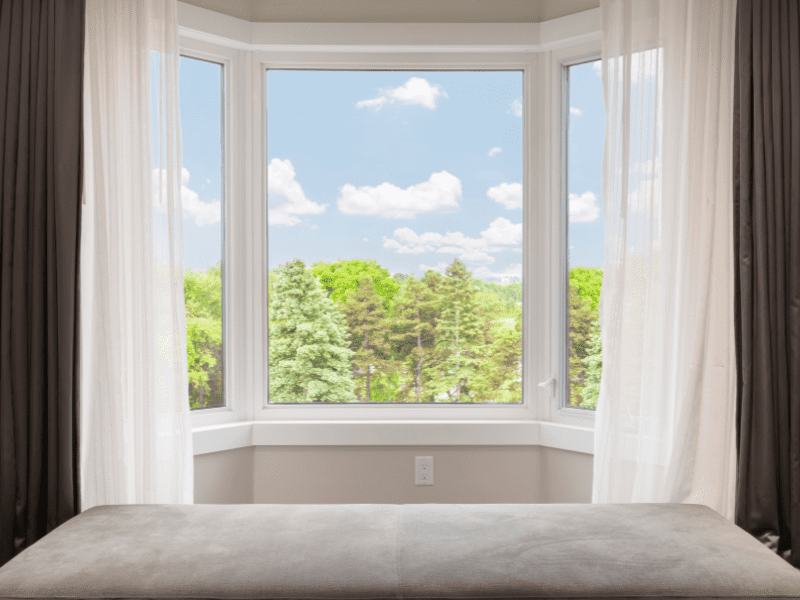 There are differences in labor cost of the two windows depending on where you live. It is also prudent to get the cost of the two to know which one fits your budget the best.

The cost of installation can go up on both windows if you opt for the bump out alcove from the floor to the ceiling. There could also be situations outside of you and your contractor’s control that could impact how much you end up paying.

These are the two types of windows commonly found on Maryland homes. The two windows are very similar, and as a result they share a lot of benefits. Their differences are minor, and it mostly comes down to how they look.

We understand that all of this can be a little overwhelming and scary at times and that’s why we’re here to help. With over 30 years of experience, we’ve been able to assist many people like yourself through the entire process, from start to finish. Simply fill out your contact information below and one of our friendly and experienced staff members will contact you as soon as possible.

GET YOUR FREE ROOF INSPECTION TODAY!

About
Our Work
FAQ
Refer a Friend
Blog